A downloadable game for Windows and Android

Play with 4-15 players online or via local WiFi as you attempt to prepare your spaceship for departure, but beware as one or more random players among the Crew are Impostors bent on killing everyone!

Originally created as a party game, we recommend playing with friends at a LAN party or online using voice chat. Enjoy cross-platform play between mobile, PC, and Switch.

Hey Crewmates! Among Us celebrated its 3th birthday on June 15th, and our gift to you is a special update.

To our crew both old and new - thanks for playing Among Us. You made this all possible!

Life as a Crewmate: Complete all your tasks on the ship to win, but watch out for Impostors! Report dead bodies and call emergency meetings to vote the Impostors out. Hope you chose correctly!

Play as an Impostor: Cause chaos, sneak around, and frame innocent bystanders! Winning involves killing off every Crewmate - think you’re a master of sabotage?

Customization: Choose how you want to play! Add more impostors, tasks, decrease visibility and more. And all in style as you get to choose your favorite color, outfit, and hat.

Cross-platform: play with your friends between PC, Nintendo Switch, Android, and iOS! Quickchat allows you to build your arguments and defenses quickly and easily during those emergency meetings.

In the options, you can also choose to use mouse only, which mirrors mobile controls.

In order to download this game you must purchase it at or above the minimum price of $5 USD. Your purchase comes with a Steam key. You will get access to the following files:

Dani make among us 3d and look kinda

be glad the game has even continued to this day

lol me reading the comments think why innersloth be ignoring everyone

why do we have to buy in windows but android version is free?

Why is there android demo but no windows demo

Mobile versions have ad spam built into the game as a way to monetise the players. Windows doesn't because that's not as easily accepted by most people who game on PC.

there are no ads on the mobile version

It's been a long time now but they did when I tried it there... good to know!

Really should pull for sale from itch.io, bought over a year ago and had fun until the community ruined it. But now with accounts I'm constantly having to reboot game because my 'account' can't be authorized. I bought from itch.io to support the devs, but at this point it's a worse game than steam version.

At this stage, it's getting to the point where it's time to report the game as not meeting what's promised on the store page, which I'd argue makes it a violation of itch.io terms of use. The itch.io version is literally not a properly-functional version of the game. It's a social game without access to chat, which is a core mechanic necessary for the "social" part of its genre definition.

I have full access to chat? As far as i can tell. Are you sure you're switching to "Free chat" when finding a lobby? sounds like a bigger bug than what i've been having?

EDIT: Unless they changed how it works without mentioning they did so in patch notes, which at this stage wouldn't surprise me. They promised to fix this problem with the itch.io version previously, then never added it to their roadmap in spite of promises and people refunding the game over its absence, and it hasn't been mentioned in patch notes that I've seen (because I've been keeping an eye out for that even though I have the game on EGS now anyway).

i gave my steam key to a friend long ago. i randomly started playing again maybe.. 3 weeks ago and I was able to LINK itch.io to amogus or something? it popped up a web browser and asked me to confirm. So i can use chat and everything just fine. but i had heard about itch account linking not even working. maybe i got lucky or they fixed it right before i started up playing again.

Reply
Kate Just Draws With Her Twin Sister34 days ago

So now you can't play as guest, but Itch.io OAuth remains broken? (Or at least, it sure isn't working for me...)

Can you PLEASE make it free on windows, its the only good device i have!

why is it free for all devices exept pc?

For the same reason there are pop-up ads in the game on all devices except PC. It's how they make their money on eachc platform. Would be interesting if there was an ad-spam PC version though... Not sure how many people would use it given the low price of the game.

this is free android

I made a religion of among us

STOP POSTING ABOUT AMONG UUS IM TIRED OF SEEING IT!!!!!!

MY FRIENDS ON TIKTOK SEND ME MEMES

ON DISCORD IT'S FUCKING MEMES

a phone should be charged since a phone is cheaper than a computer.

Innersloth doesn’t profit off of pc sales nor phone sales

THAT IS SO TRUE

i cant play cause i dont have money

I love this game i shoud get the app 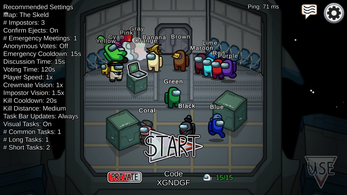 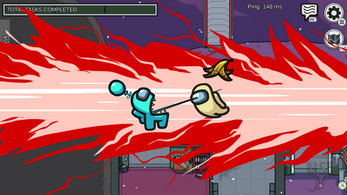 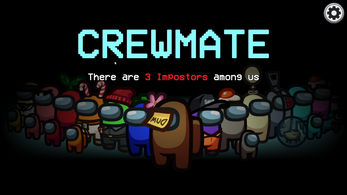 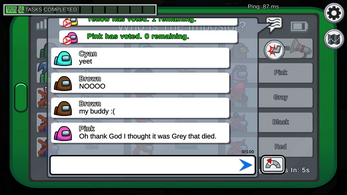 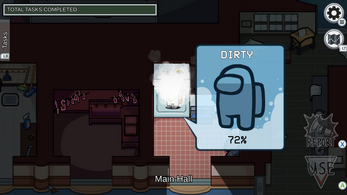 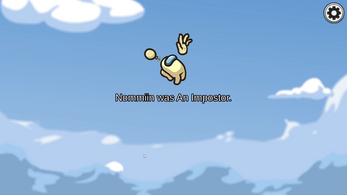 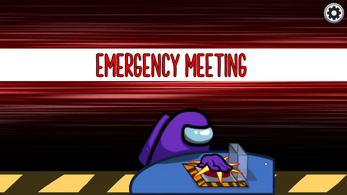 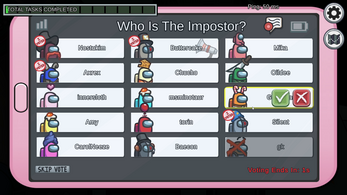 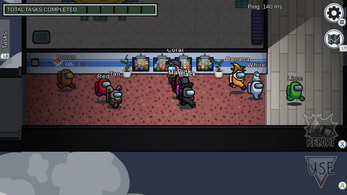 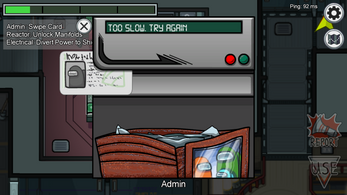 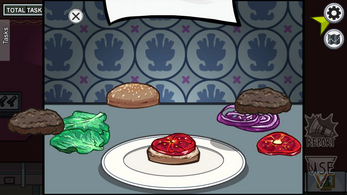