Sorry it's been so long since our last update, we've been really hard at work on Polus which is coming out in one week! Check out the trailer for that, if you missed it. Just before that, we wanted to get out one more little release. We hope you really like version 2019.11.5!

Online players can now join MIRA games for free!
We've been hearing about players buying MIRA, but not having enough players to enjoy it, so we decided to give everyone the benefits that local players have. To host a game, you must own the MIRA map. But in version 2019.11.5 and newer, you can now find and join MIRA games without owning it.

How does this affect Polus?
It doesn't. For now, we are planning to launch Polus the same way we launched MIRA. Online players will need to own the map to play unless it is a free weekend. Local players will only need a host that owns the map.

Did you fix other stuff?
Yep! There's plenty of bug fixes for Skeld and MIRA, and this version should be significantly harder for players to hack. Enjoy!

As always, let us know if you see bugs or have other thoughts and feelings. We can't respond to all of them, but we do read a lot of them. You can also follow us on Twitter or join our Discord to stay up to date. Thanks for playing!

t got the older vrshan  how to update  the game

THEY COULDNT GET VOTED OFF

IT SAID THEY WERE ALSO IMPOSTOR BUT I WAS ONLY IMPOSTOR

THEY WERE ALSO A GHOST SO THEY COULD NOT VOTE OFF 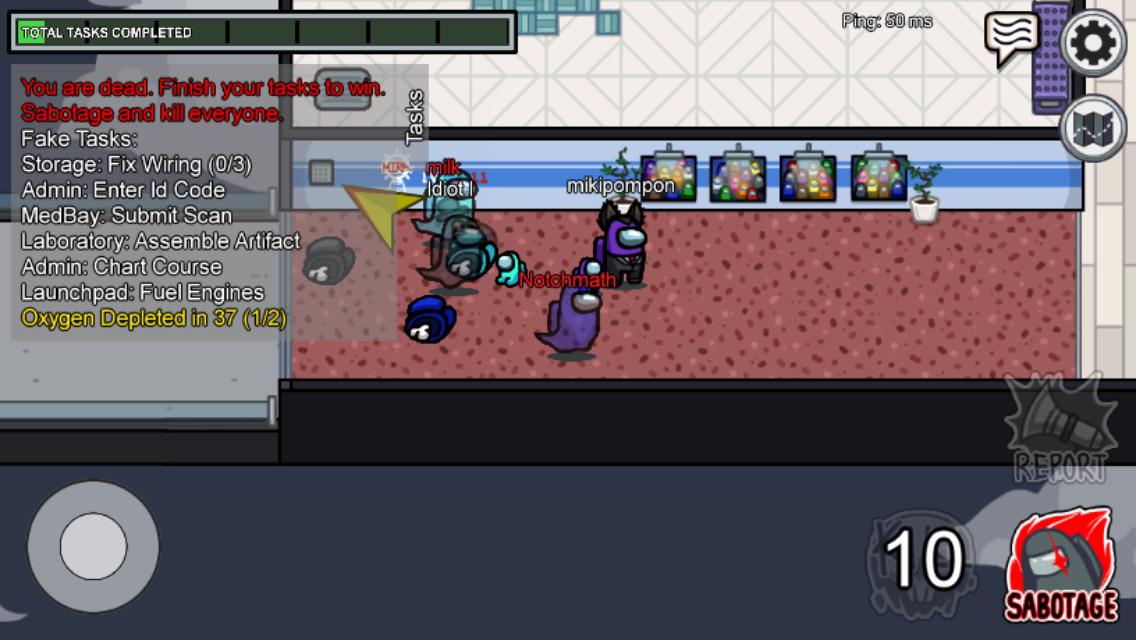 meanwhile how i was playing with a hacker: they were not a impostor but they were still killing with no cooldown we couldnt vote them off.

I don't know where or how to send these videos to the developers this is getting out of hand, people are promoting the hacks and are getting a lot of traction

Like for real cant these people get into legal trouble for doing this shit?
Reply
TheOrangeGob3212 years ago

You're lucky then, I've been trying to play a single game peacefully without having to quit the lobby because some idiot decides to hack every single lobby I'm in, that's usually the top filled ones.  I no longer can enjoy a single game of among us without catching someone hacking its ridiculous! I'm going to start recording every single game just to show you guys how ridiculous this is getting. I don't want Bug fixes i just need an effective anti-cheat. The only way and i mean only is if you have 9 friends and play in personal lobbies with pw. If not you just don't stand a chance at playing this game.

-Vote Skipping, making even the host powerless to kick or ban players, there's no console mid game to do it.

-Activating 2-3 sabotages at the same time, and being unable to do them,

-Having the whole map for view like zooming out (this one someone in a lobby was trying it out and told us for some reason).

-No cd on kill or sabotages.

-Instantly winning the round.

-People talking for you in chat like they having your color and name and chatting for you.

-Chat spamming huge Twich links or just plain virus links, dunno why they do it but you can't even click on those so...ye.

-(I was only able to catch this one once,) Entering a ongoing round with others as impostors. (i was in a single imposter lobby got impostor for that round and 2 people joined the game and were imposters as well so i could see them).

-Making the discussion session infinite so we can't vote.

-Teleporting to players, killing them till the rounds over and they win.

- If they are crewmates completing tasks instantly, i saw this a couple of times because you notice right away when the bar just goes full 1 bar at the start of a round.

-15/10/2020, 23:35,Just caught this one in mira (the hackers controlling your character) full-on, controlling it, walking, killing doing tasks, sabotages etc.

These were just a few and I bet there's more, they are getting intricate like entering as 3 in a lobby, start hacking mid round and spamming emergency, skip vote, emergency skip vote non stop.

I've stopped playing among us solo in online lobbies and hopefully inner sloth will fix these but they are taking their sweet time to the point its killing the game for me. Be aware that its almost impossible to have 9 friend ready to go, and when I'm with a friend or 3 just talking in the chat to not be shitbags on random lobbies we keep getting idiots hacking.

Its almost impossible to have a good full on "couple of rounds and everything is ok" without me and my friends having to quit the lobbies to find some other due to people hacking.

Sorry for the long rant but if you guys don't hurry with the anti cheat ill stop playing this game for good, and its a shame because the game is actual fun to play. But in its current state its hard to enjoy it with a vote screen every 5 seconds and then a victory/defeat screen in less than 30 seconds of a game.

I found this bug at the end of the game 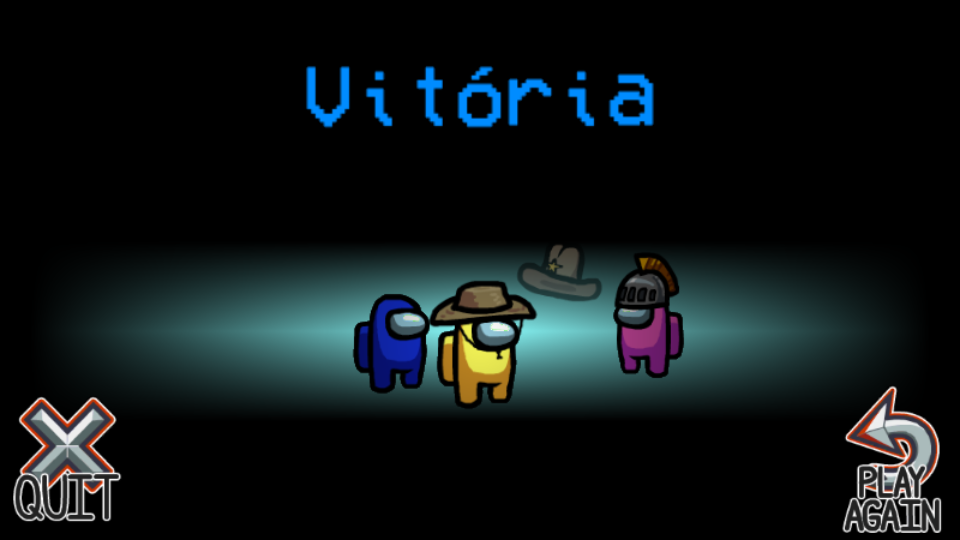 Thanks for letting us know! It'll be fixed in the update coming next week!

You're welcome! In fact, I thank you for creating this wonderful game

And I don't know where I would be if it wasn't for your game... really, thank you very much 😊

Oh that is a floating hat bug? I think you need to reinstall the game or do update

In fact, it was happening at that time on many devices