The Data Among Us

I (@forte_bass) really like doing data analysis, so I wanted to share stuff that I show Innersloth peeps every now and then to get a feel for how Among Us is doing. This isn't quite a post-mortem, although we are planning on wrapping Among Us up soon to make way for another game, but I'm unsure if I'll create another big post like this one, so it's probably close enough.

Among Us has a prompt when it first opens asking for consent in taking gameplay data. We link to exactly what we take and make sure not to take anything identifiable like name or IP. Cool.

(Note: Click the pictures, most of them are too small to read in itch. :\)

From the first intermittent alpha test submissions to the most recent spike from Itch.io's retweet, we're now seeing easily hundreds of games per day. These are actually completed games with most test games removed. If you had to leave because of a softlock or disconnect, then that data wasn't even submitted. Both local and online games are represented here. Speaking of which:

It's not so many... Although if you break it down to hourly numbers (which looks messy, so I won't show you), players tend to stay connected either seconds (probably couldn't find a game. :C ) or hours (playing lots of games with players rotating in and out). So while 25 connections only represents 3-5 concurrent games, those players are completing dozens of games. :)

It's also easy to see that we released lobbies (making games easier to find) on late Sept 21st, and itch's shoutout on Sept 27th. The dip on October 1st? That's the server outage when I messed up releasing 2018.9.30. (Sorry!)

That said, the vast majority of games are played locally with friends. To be honest, that's exactly how it's meant to be. We added multiplayer in August to help players who had no other options, and we think it also helped spread the game. But we thought were done in June because we set out to make a local-multiplayer game so we're glad to see that happening.

(Note, times are in UTC)

When looking at the total number of games submitted during September and (first three days of) October, Thursday comes up really short, but mid-Wednesday (Tuesday night PST) is apparently the time to play. Weird, but let's move on to some fast facts.

I hope these numbers are interesting to someone. I love looking back at how we've grown, and I'm happy to talk to anyone about what went into it.

The reason I have any of this data at all is because I think heatmaps are really cool, and all of the analytics pipelines I found either don't handle heatmapping well or hide them behind paywalls. So I'll finish out on the heatmaps for movement (people really like tracing the walls for secrets/holes) and kills (includes kills by vote :\). Thanks so much for playing! 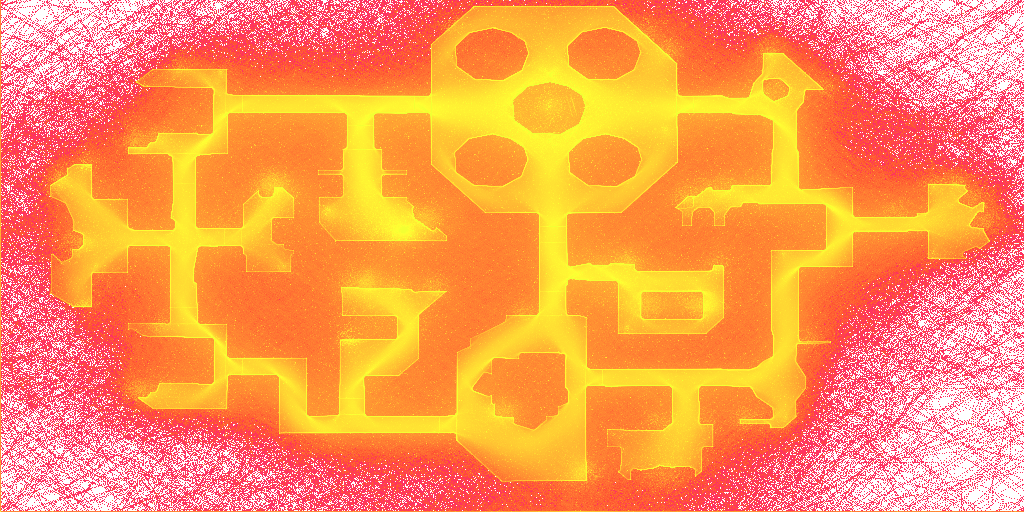 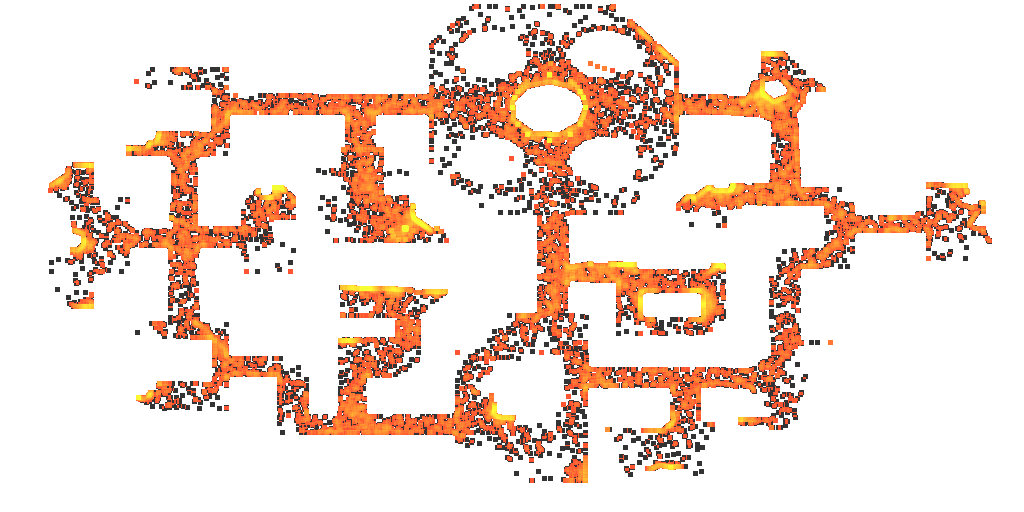 All 3 maps are very good cant wait for the forth one.

I am actually interested after a year how is the progress, is the trend are similar to the time when this data is posted or not.